The new Archbishop of Wales will be enthroned at a special service at the end of April.

Andrew John, who is also the Bishop of Bangor, will be enthroned as the 14th Archbishop of Wales in a national service at St Deiniol’s Cathedral, Bangor, on Saturday, April 30. It follows his election as Archbishop in December, having served as Bishop of Bangor since 2008.

During the service the Archbishop and fellow Bishops will be greeted by young people from across Wales who will bring their words of encouragement and prayers for the ministry of the Archbishop and the whole of the Church in Wales. 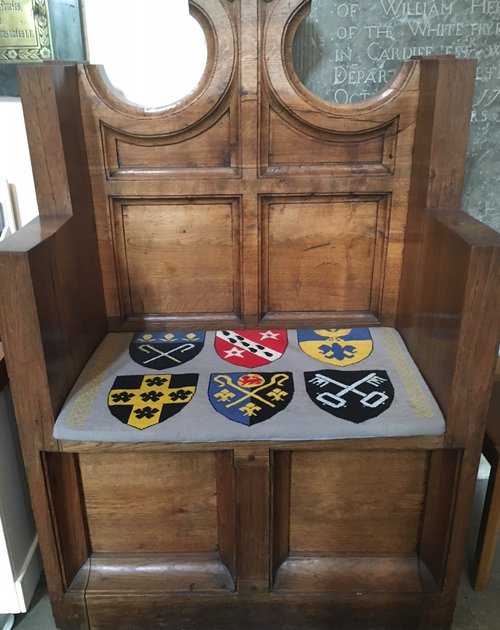 At the culmination of the service Archbishop Andrew will be enthroned in the Archepiscopal Chair (left) in front of the High Altar at the east end of the cathedral. The Archiepiscopal Chair is a wooden replica of the Chair of St Augustine in Canterbury Cathedral, and was a gift from the Archbishop of Canterbury in 1920 when, at its disestablishment, the Church in Wales became a separate Province of the Anglican Communion. The Chair will remain at Bangor Cathedral throughout Archbishop Andrew’s tenure of office as Archbishop.

Throughout the service, the cathedral will be filled with the sound of music, hymns and anthems, including a new setting of medieval Welsh poetry and words from the Bible composed by the Welsh composer Paul Mealor.

Representatives from across Welsh churches and the Anglican Communion will be joined at the service by guests from Wales’ political, cultural and civic life.

The service will begin at 2.30pm and, in a first for an Archbishop of Wales’ enthronement, will be live-streamed on social media and the Church in Wales website to enable everyone to join in.

Highlights of the service will be broadcast on Sunday, May 1, on BBC Radio Wales’ Celebration programme at 7.30am (and repeated at 7.30pm) and BBC Radio Cymru’s Oedfa at 12.02pm.