The Archbishop of Wales calls for us to pledge ourselves to justice, truth and freedom from tyranny as we mark the 75th anniversary of Victory in Japan Day.

In his address at the Wales National Service of Thanksgiving for VJ Day at Llandaff Cathedral, which can be viewed online today (AUG 15), Archbishop John Davies pays particular tribute to the prisoners of war held by the Japanese who showed “extraordinary spirit” in appalling conditions. 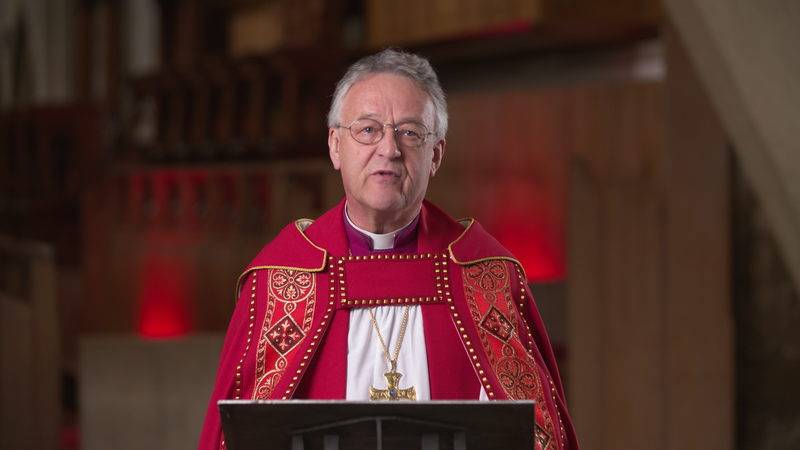 These prisoners included Welshman Penry Markham Rees, a Gunner in the Royal Artillery, who described his experience in a poem, quoted by the Archbishop. Rees survived and later became the Archbishop’s headmaster at Bassaleg Grammar School – “a man whom I was privileged to know, and someone whom I hugely admired”.

Archbishop John says, “Facing down darkness and abandonment, enduring brutality and suffering even to the point of death, and revealing the noble hope and truth of a new life, is a pattern Christians recognise in the example of Jesus Christ, who never yielded to the powers of darkness and evil that opposed him.”

He adds, “He and I hope they, would wish us, in our time, to continue to work for and call for a world where brutality and ignorance lie in the dust, defeated by the noble quest for justice and truth, and for freedom from tyranny in any shape or form.

“This day, may each one of us willingly pledge ourselves to such a noble quest.”

The National Service of Thanksgiving is organised by the Welsh Government and was pre-recorded at Llandaff Cathedral, under strict COVID regulations with no congregation present. Also taking part are the First Minister, Mark Drakeford, the Lord Lieutenant of South Glamorgan, Morfudd Meredith, and the Parliamentary Under Secretary of State for Wales, David TC Davies.

Representatives of Wales’ faith communities lead the prayers, and members of the Armed Forces and the Royal British Legion lay wreathes and bear standards. An act of re-dedication is led by Canon Mark Preece, Canon Precentor of Llandaff Cathedral.

VJ Day is being marked with a spectacular display of poppies at St Giles Church, Wrexham.

Thousands of poppies made by parishioners decorate both the chancel and the nave. Those in the chancel were hand-knitted, while those on the pillars were made out of plastic drinks bottles.

The church’s bells will also ring out to mark the day at 11am and the church will be open for private prayer Monday to Saturday, from 10am-12pm and on Sundays for the Eucharist at 11am.

Vicar of St Giles, the Revd Dr Jason Bray, says, “The poppies in the chancel are the ones we used for the commemoration of the end of WWI, but the poppies in the rest of the church were newly made to be diplayed this year. Unfortunately, the Coronavirus got in the way of what would have been a display under the tower, but we thought they needed to be used.”

A Union Jack flag made by prisoners of war from materials salvaged around their camp is displayed in a Swansea church. 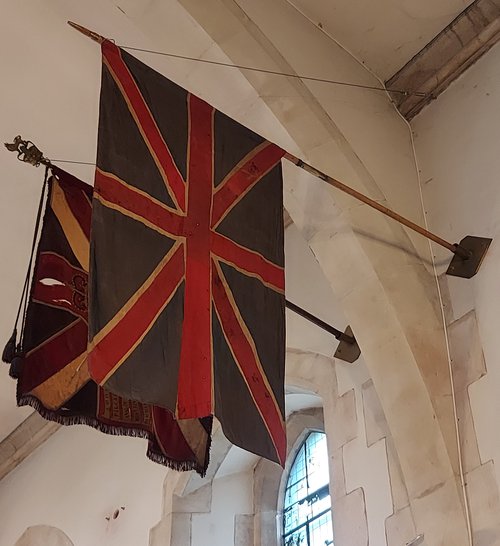 The Far East Prisoner of War Union Jack was sewn by prisoners using material from their white loincloths, the blue mosquito nets of the guards and the red lining from the straw hats of the Indonesian native troops. It was used in the burial of British troops at the camp after liberation.