A lawyer who saved a Christian woman from death row in Pakistan will be speaking in Wales this weekend.

Saif ul Malook defended Asia Bibi after she was sentenced to death for blasphemy and spent eight years in prison. He then faced death threats himself.

He will be speaking on freedom of belief at St Edmund’s Church, Crickhowell, on Sunday (Jan 26). The talk, which starts at 4pm, is open to all.

Mr Malook was invited to speak by the Rector of Crickhowell, the Revd Rana Khan (pictured), who is himself from Pakistan. 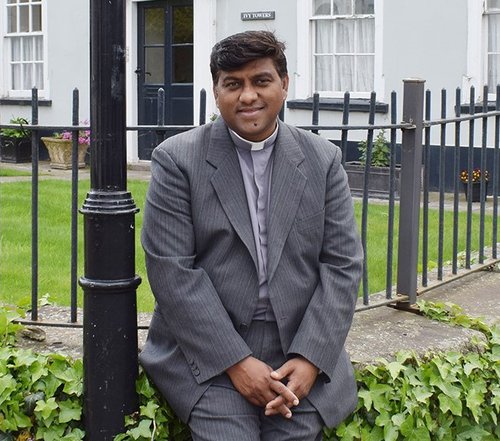 Mr Khan says, “I am delighted to welcome Mr Malook to Crickhowell – he is an extremely talented and courageous lawyer. This is a fantastic opportunity for us to hear first hand about his experiences and to learn more about the important issue of religious freedom – something most of us in Wales take for granted.

“Mr Malook will also be describing the challenges faced by lawyers who represent the most vulnerable minorities and what the international community can do to support those at risk, particularly those accused of blasphemy.”

Asia Bibi was sentenced to death by hanging in November 2010. Pakistan's Supreme Court ordered her to be freed in October 2018. Mr Malook represented Asia Bibi from 2014 until she was freed. He has faced death threats in response.