The graves of the two servicemen were known to be somewhere in St Mary’s churchyard but the exact location was unknown, so they have never received an official war grave headstone.

In partnership with the War Graves Commission, two headstones, engraved with the words ‘Buried elsewhere in this churchyard’ were installed in St Mary’s Churchyard so that wreaths could be placed there on Remembrance Sunday, along with those laid on the other 13 Official War Graves in the churchyard.

On Remembrance Sunday Private T.D. Rees and Private R.W. Collard were remembered at their official War Grave headstones for the first time.

In May 2018, with just six months until the 100th anniversary of the ending of the First World War, Whitchurch Benefice set themselves the task of clearing St Mary’s churchyard and identifying all of the graves of those who had died in past conflicts. This was no small challenge as the churchyard was overgrown with invasive brambles.

The Revd John Davis knew that there were 15 official War Graves in St Mary’s churchyard, but only the location of 13 were known. Sadly, volunteers were unable to locate the missing two, but they did discover an additional 39 graves dedicated to men and women who had died in past wars.

So, the Benefice set up a Just Giving page, and with public support raised the funds needed to purchase poppy crosses for the additional 39 graves, and on Remembrance Sunday, 2018, wreaths and poppy crosses were placed on all 54 graves. 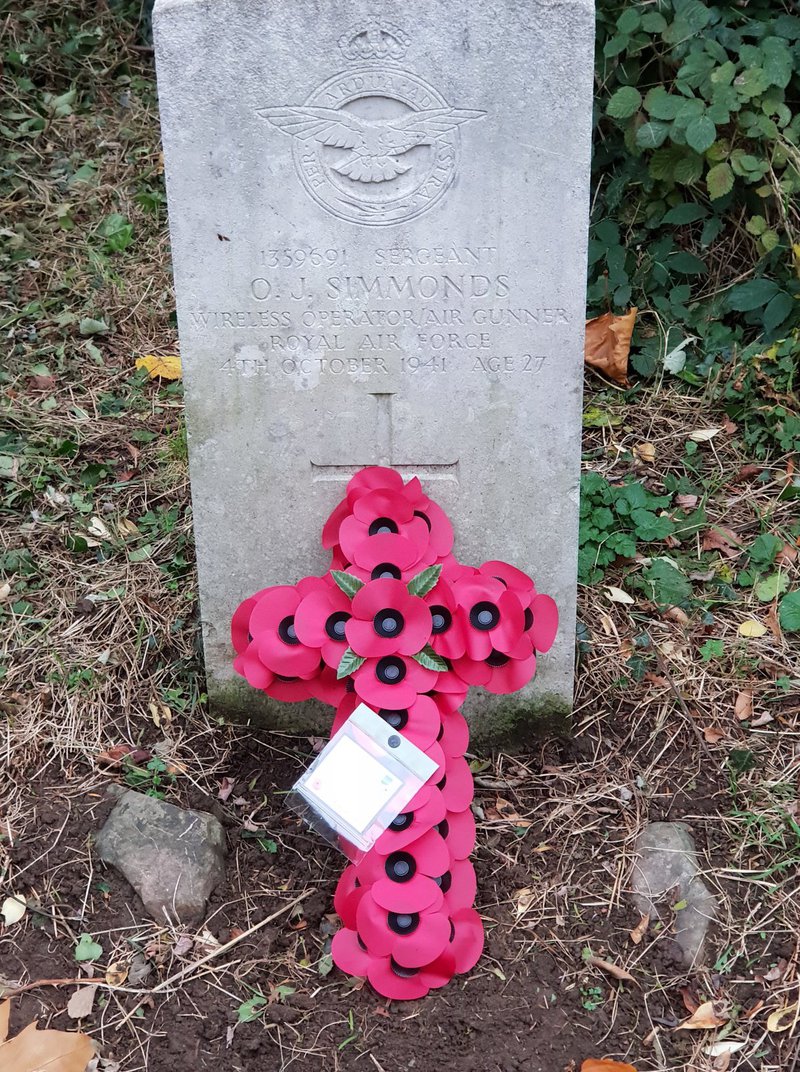 Every year the Whitchurch Branch of the Royal British Legion funds and provides wreaths for 13 of the 15 official War Graves. These wreaths are laid by Air Cadets from 30F Llandaff Squadron on Remembrance Sunday, but there were no headstones for two of the official war graves as their exact location in the churchyard was unmarked.

In partnership with the War Graves Commission it was agreed that two suitable headstones, engraved with the words ‘Buried elsewhere in this churchyard’ ought to be erected in St Mary’s Churchyard so that wreaths could be placed on Remembrance Sunday, along with those laid on the other 13 Official War Graves.

A location was chosen that would ensure maximum visibility of these two headstones, and on Remembrance Sunday this year Private T.D. Rees and Private R.W. Collard were respectfully remembered at their official War Grave headstones for the very first time.

At the going down of the sun and in the morning, we will remember them.