It's Fair Do's for Fair Trade

These days we’re used to seeing the Fairtrade label on many items in our local supermarkets but there is one shop in South Wales where everything on the shelves is ethically sourced. Fair Do’s Siopa Teg comes of age this year as it was set up 21 years ago. To mark Fairtrade Fortnight, team member Clare Reay describes how churches can get involved.

She Deserves is the theme of this year’s Fairtrade Fortnight. Events will be focused on women producers, especially cocoa farmers, and their right to a living income. Almost all cocoa farmers in West Africa still live in poverty and child labour and slavery in the chocolate industry is still a big concern. It might sometimes feel hopeless, but we can make a big difference from right within our own communities, and the staff and volunteers of Fair Do’s Siopa Teg strive to help people do just that.

Fair Do’s is a small but very well-stocked Fair Trade shop on the outskirts of the city centre in Cardiff. It is the only dedicated Fair Trade shop in South Wales and is a treasure trove of ethical goodies – clothes, food, toys, gifts and much more. However, this little social enterprise is also much more than just a shop – we work closely with Fair Trade Wales and other organisations to promote Fair Trade. We visit schools, community groups and workplaces to deliver talks and we partner with dozens of churches which are an integral part of the work.Fair Do’s runs a sale-or-return service. Groups from churches, schools or elsewhere can borrow stock to run a stall, and anything that doesn’t sell can be brought back. This scheme accounts for almost half of the income the shop generates and has been instrumental in making our long presence on the high street possible. 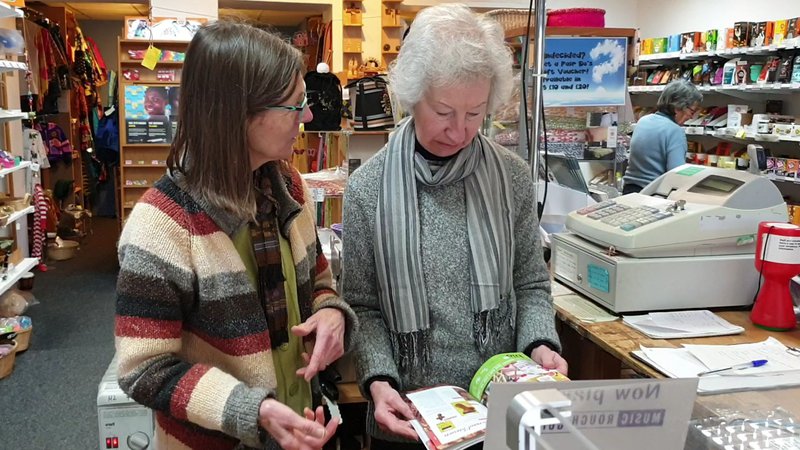 We meet all sorts of people who are passionate about taking Fair Trade out to their communities – groups of school children visit the shop to help choose stock for their school fair, and representatives of all ages from many different denominations of churches come through our doors. These volunteers have very positive experiences of being able to offer Fair Trade products to their peers.“Members of our church who buy from my stalls are always delighted by the range of Fair Trade goods on offer,” one volunteer from a church in Cardiff tells us. “And I’m so glad to be able to spread that word a little more – I think it’s important for churches to take a stand on issues of global justice and this is a really practical and easy way of doing that.”

Over the past two decades it has been encouraging to see the Fairtrade logo make it into mainstream supermarkets. As a result, there is a higher recognition of the mark than ever before and a growing awareness of the difference that buying a Fair Trade product makes to the life of the producers. However, we need to continue to campaign for supermarkets to grow and not decrease the range of Fair Trade goods they offer.

Meanwhile, many people still choose to shop in a social enterprise like Fair Do’s Siopa Teg and there will always be small scale enterprises, especially craft producers, who will never be able to scale up to the point when they could supply mainstream shops.Our role is not just to sell products, it is to raise awareness too. During Fairtrade fortnight, we are hosting two farmers from Palestine, who are coming to tell us about Fair Trade farming (see below for details). We are also running stalls, workshops, coffee mornings and displays in churches, schools, libraries and even at the Welsh Government offices.So good progress has been made but the Fair Trade cause is, sadly, far from finished. As this year’s campaign shows, people are still being exploited and it is as important as ever for churches to stand with us and keep spreading this extremely important message and to keep buying Fair Trade items. 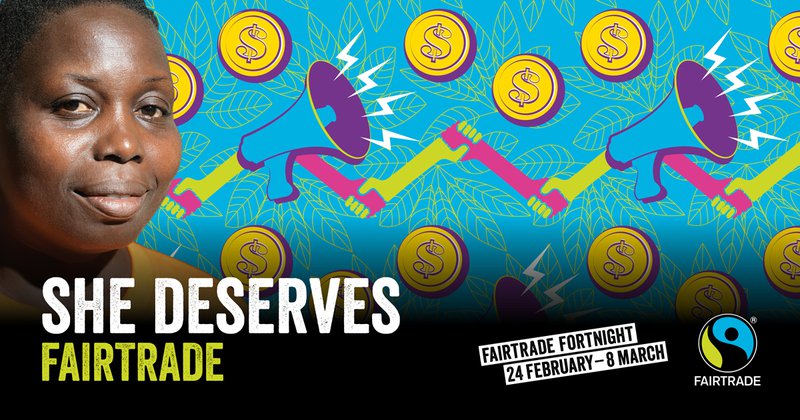 For more details or to find out what’s on where you live, visit Fair Trade Wales website.

Come and meet a Palestinian olive farmer at St Canna’s Ale House, Cardiff. Mohammed Ruzzi is manager of the Palestine Fair Trade Association ( PETA ), and works closely with farmers in 51 co-operatives to ensure the future of regenerative farming in Palestine. Taysir Arbasi is Zaytoun's Advocacy and Liaison Officer in Palestine, and a non-executive director on its board. He has also been working with an international NGO on advocacy and development projects in Palestine for over 15 years.As well as hearing their story, you can enjoy tastings of their Palestinian produce. The event takes place St Canna's Ale House 42 Llandaff Road, Canton on Tuesday 3rd March, 7-8pm

Fair Do’s is also running a stall at Llandaff Cathedral on March 8, after the 9am morning service.