Advent means ‘coming’ and is the special four-week period leading up to Christmas. It is a time to prepare for the celebration of Jesus’s birth but also for his coming in glory at the end of time.

2020 is an important year for the Church in Wales as we’re celebrating our centenary.

100 years ago, in 1920, the Church in Wales became an independent part of the Anglican Communion after centuries of being part of the Church of England. The process was known as ‘disestablishment’ as it broke the link between Welsh churches and the state with the historic Welsh Church Act.

Events being held to mark the anniversary include celebration services in all six of the Church’s cathedrals on June 7 and a visit by the Archbishop of Canterbury in April. A Centenary Appeal has also been launched which aims to raise £100,000 for two charities over the next five years.

The Archbishop of Wales, John Davies, said, “We will be celebrating this landmark birthday throughout the year in churches and communities across Wales, and I invite everyone to join in giving thanks and praise for the fellowship we have shared over the years and, at the same time committing to a future renewed with hope and confidence.”

The Provincial Secretary, Simon Lloyd, said, “The Church in Wales is involved in community life in all parts of Wales – in cities, towns, villages and hamlets, in both of our languages, amongst people of all ages. We welcome everyone. The centenary is an opportunity to share our story and our life together with our friends, our neighbours and our nation.”

From a song by a rap artist and a digital campaign to a new choral work and celebration services, the Church’s 100th birthday is being celebrated in a host of different ways.

An eye-catching highlight will be a modern Bible rap by double MOBO award-winning Christian musician Guvna B as part of a social media campaign.

All six of the church’s cathedrals will be holding a celebration service at the same time, on June 7, and it will feature a specially commissioned work of choral music by Welsh composer Paul Mealor. Unusually, the service – the liturgy – was written initially in Welsh and then translated into English, allowing elements of the Welsh poetic tradition to be weaved in.

There will be a tour of Wales by the Archbishop of Canterbury Justin Welby, who will attend the meeting of the Church in Wales’ Governing Body in Llandudno in April. He will also visit a new diocesan venture, Hope Street, in Wrexham, make a pilgrimage to the shrine of St David at St Davids Cathedral and see a church-run family centre – Faith in Families – in action at Swansea.

The appeal is the Church’s first digital fundraising campaign, enabling people to donate on their mobile phones through instaGiv. So you can donate £5 by texting CENTENARY to 70660.

In August, First Minister of Wales Mark Drakeford will be taking part in panel discussion at the National Eisteddfod in Tregaron on how the Church has served Wales since 1920. The event, on August 6, will also include the Bishop of St Davids and the Bishop of Bangor.

The book will be launched at St Davids Cathedral on April 30. To book a place visit bit.ly/2um7LZR.

We're also sponsoring the Coda Festival Arts Award for new work highlighting climate change, Nation of Sanctuary and the work of Cymdeithas y Cymod – the Fellowship of Reconciliation in Wales. A a free, bilingual booklet on faith with the HOPE Together charity is also being distributed to churches.

Look out for centenary events going on at your local churches too throughout the year.

New films for social media are being made to show the contribution the Church in Wales' faith and its activities make to life in Wales.

There’s a historic film too - viewers can relive the start of the Church in Wales’ life in two films of the enthronement of the first Archbishop of Wales, Alfred George Edwards, at St Asaph Cathedral on June 1, 1920.

They feature the Prime Minister at the time, David Lloyd George, a Welshman who had long campaigned for disestablishment and who had helped secure the Welsh Church Act in 1914, which enabled it.

Procession to the Cathedral

Find out more about our centenary and how disestablishment came about in this edition of the award-winning BBC Radio Wales' All Things Considered programme. 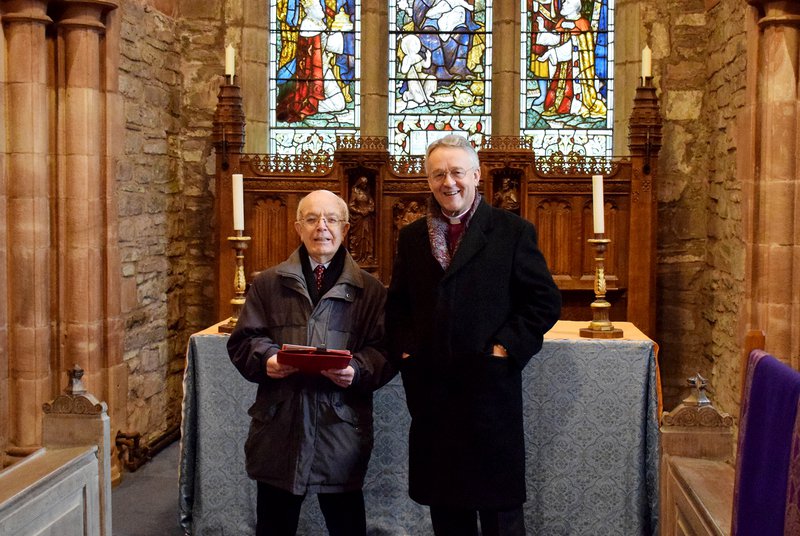